Since 2008, I’ve heard endless complaints about the lack of jobs. Friends were disappointed to enter a less than stellar job market. Some even had to move home to form what is now known as a shadow household, a home where adult children have reintegrated. Parents were frustrated to see their kids come home and struggle to find their footing. It’s not as if young adults and their parents weren’t aware of the shifting economy- it’s just that they didn’t know how to cope.

Enter, optimism. With all of this talk of doomsday, and 20-something college graduates forced to accept low paying, dead-end jobs, I stumbled upon a gem. This immediate source of hope and light was an article from TIME Business, “How Entrepreneurship Can Fix Young America,” by Scott Gerber. In it, Gerber states that there is a growing sense of optimism in America’s economy, especially where youth employment is concerned. He asserts that our greatest source of job growth will be new businesses. I just knew that I had to interview him. (Q&A Below)

As someone thrust into the tedious job search (I looked for months without success), I was thrilled to see someone with a positive perspective. He’d gone beyond identifying a problem, to suggest specific actions. Gerber has been a huge proponent of youth activation. At 28, he’s a “serial” entrepreneur, angel investor and co-founder of Gen Y Capital Partners, who has contributed to publications from CNN to the Wall Street Journal. Gen Y Capital Partners provides start-up funds ranging from $250,000- $500,000 for new companies headed by Millenials. In 2010, Gerber founded the Young Entrepreneur Council (YEC). YEC is a non-profit charged with the mission of remedying youth under and unemployment. The council is invite only, and the select few inducted, are given access to a number of business development resources. Current members include; Aaron Patzer, the Mint.com founder who sold his company for $170 million at the age of 30, Joe Gebbia, co-founder of Airbnb, Jennifer Fleiss, co-founder and president of Rent the Runway and Slava Rubin, founder and CEO of IndieGoGo. As if they weren’t doing enough, the YEC along with partners, Babson College, Junior Achievement, CodeAcademy and the Network for Teaching Entrepreneurship (NFTE), is currently pushing an agenda to #FixYoungAmerica. Their hope is to make entrepreneurial resources available to every interested youth. Currently, they’re raising funds and awareness through an IndieGoGo campaign. (See Video Below)

With all of this success, it’s easy to think that Gerber reaped immediate rewards- but this isn’t the case. He left NYU and moved home to start his first business; it failed. Always persistent he tried again. Having learned lessons from his first failure, his second company Sizzle It! was a success. The company now works with Proctor & Gamble and The Gap.

Given Gerber’s optimistic take on the future of young America, I thought it prudent to ask him a few questions. Even if you never imagine venturing down the path of self-employment, his advice is helpful:

Some of my friends have found that they’ve fallen into entrepreneurship. They’ve struggled to cope with the instability, but had no other option when it came to finding employment.
What would you tell someone who doesn’t think their disposition fits an entrepreneurial lifestyle?

Learn fast and adapt as soon as possible as this is the reality of the new economy for today’s young people–and it isn’t going to change anytime soon. More and more, necessity and desperation are becoming entrepreneurial drivers. Young people need to adapt to the free agent economy, whether that means starting a small business or becoming a freelancer. You need to identify your weaknesses and work with those individuals that fill the gaps. If you can’t sell, maybe it’s time to find a great partner who is a great salesperson. Or perhaps you are a great salesperson and just need to find someone with a great service or product. Bottom line: entrepreneurs are made, not born. When your back is against the wall and the deck is stacked against you, you’d be surprised how fast you can find a way to make it happen.

It’s one thing to have an idea and quite another to turn that idea into a sustainable business. Are their any qualities inherent to a successful start-up?

Revenue!!! Ideas are a dime a dozen. You don’t need to try to create the next Facebook. Nor should you try! You need to start a business (and I always believe service-based businesses are the best for first-time entrepreneurs) that is capable of generating immediate revenue and growing organically. Especially in these poor economic times, young people can’t just work on any old idea and hope for the best. They need to earn a living that pays the bills, and over time, will support them, their families and their employees.

What advice would you give to those who don’t feel as though they have a strong enough support system to start their own business?

I started my first successful business without any type of business degree. No one in my family–or my friends for that matter–had ever been an entrepreneur. Yet, despite an incredibly difficult and long learning curve, I figured it out. And, eventually, went on to start the Young Entrepreneur Council for this very reason–because I wanted to assemble the group of like-minded peers I never had. Today, there are a lot of resources for young entrepreneurs, including the YEC. I always suggest working out of co-working spaces and entrepreneurial hotspots when you get started. Go to meetups in your local city. Put yourself out there, help others whenever possible without asking for anything in return and build your own network. That’s exactly what I did, and now I have close relationships with many of the top young entrepreneurs in the US. 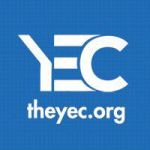 In your article, “How Entrepreneurship Can Fix Young America,” you suggest a number of legislative and academic initiatives that will help promote youth entrepreneurship. What can individuals do in their communities to foster this shift in how youth conceptualizes employment?

It starts with educating parents. Our parents are a generation of “work hard, get good grades, go to school and get a  ‘real’ job” fanatics. It’s not their fault, they don’t know any better, and in most cases have never had to even think of being entrepreneurs–let alone think about their kids becoming entrepreneurs in lieu of traditional employment. Showing them examples of successful hyperlocal young entrepreneurs is a start. We need to show the people guiding our young people that in the new economy, entrepreneurship is a viable career path, not just some renegade’s choice. When parents get involved and vocal, schools get involved. And schools are in desperate need of reform when it comes to entrepreneurship education. The fact that the vast majority of young people enter college without a basic understanding of what entrepreneurship even is blows my mind. This isn’t exactly the best way to select a college. Lastly, communities need to start looking into support mechanisms such as entrepreneurship training and mentorship programs, incubators and accelerators spearheaded by business leaders and co-working spaces. Local banks and angel investors need to foster and support local young entrepreneurs to hold on to their future leaders and maintain their local talent. Overall, it is every community’s responsibility to create an eco-system that supports that community’s prosperity–and entrepreneurship is a vital part of that equation. This is one of the major components of YEC’s #FixYoungAmerica initiative.

First and foremost, I’m thankful for my wife and daughter. It certainly isn’t easy putting up with my schedule, but their belief in me gives me a reason to go out there and make it happen everyday. Secondly, my team at the YEC is simply incredible. Having people like Ryan Paugh (co-founder of Brazen Careerist) join your executive team is an incredible feeling. I’ve never had the privilege of leading such a team of doers. Lastly, the members of the YEC. These men and women are out there everyday building the next generation of revolutionary startups and businesses, and create tens or hundreds of millions of dollars in revenue and tens of thousands of jobs as a result. It’s an honor to have them believe in and fully support our YEC mission.

It’s refreshing to see someone helping to provide others with access to resources, that they themselves did not have. Gerber and the YEC’s mission proves one thing, that there is hope. Thankfully, the American Dream may still be alive; it just takes preparation, increased access to resources, elbow grease and maybe a touch of luck.

Thank you, Scott for your sage advice and thoughtfulness. Hopefully, this encourages anyone who’s eager to start his or her own business, or interested in mentoring, to do so. And, please don’t believe that this sense of hope only exists for America’s youth, because it exists for anyone who’s willing to take a chance. Just be prepared to throw away your fear of failure.

Please take a look at #FixYoungAmerica’s IndieGoGo page! They have 50 days left to reach their $30,000 goal!