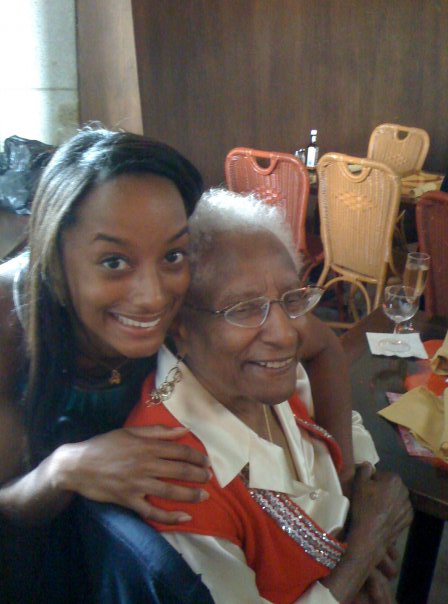 A good friend and I discussed the concept of a “Blog.” She said the idea didn’t meld well with her sensibilities because she associates blogs with diary entries, and she believes diary entries should be kept private. I totally agree with her. My hope is that everything posted on Thankful For a Million will be, in some way, helpful to whoever reads it. Each post should serve us instead of just me. This particular entry is about my Grandmother, Bakka. It might seem personal at first, but it will come full circle to, hopefully, be relevant to us.

Today I am thankful for four things: my Grandmother, my family, my friends and my health. Of course I’m thankful for them everyday but this feeling is especially intense right now.

Bakka passed yesterday morning at the wonderful age of 91. I knew exactly what to expect when I heard the phone ring at 6AM. It’s strange, no one calls with good news at 6AM, it’s only the bad news that can’t wait.

My heart broke yesterday morning. This woman served as more than a grandmother to me; she traded off as a parent, advisor, cheerleader and friend. Even though I was upset, I couldn’t help but feel relieved. I’m not sure if that’s taboo to say or not. For the past 9 months she’d been in a fierce battle with Cancer. Over the last three weeks things had gotten especially bad. For those who know her, they know that she was an extremely independent woman. Exactly one month before she’d gotten sick, she took a trip to NYC ALONE! She spent a couple of days shopping, eating and wandering the city. Pretty freaking awesome in you ask me! So for Grandma, getting to a point where she was entirely dependent on others was probably a nightmare. Now at least her soul is resting peacefully.

This summer I spent 3 weeks in DC visiting her. For those three weeks I went over to my Grandma’s every morning and stayed the day. We kept each other company, went for walks, spoke about our family history, and spent time at the resident turtle pond. She didn’t have the energy to leave her nursing home a lot, but we were able to make a Strawberry Daquiri run. One blazing hot day, as we sat by the turtle pond, I remember asking, “Grandma, how about we go and get strawberry daquiris tomorrow?” she replied, “Yes, that sounds really good!” When I left that day she said, “Daquiris tomorrow?” The next morning when I arrived she said, “Are we going to get daquiris now?”There was no way she would forget about a daquiri trip. That afternoon she, my cousin and I went to get drinks.  I’m sure the nursing home wouldn’t have approved, but that’s why we didn’t ask!

I’m thankful that  I had the opportunity to hear stories about my grandmother’s past, get every ounce of advice possible and that, for the last 5 years, I talked to my grandmother on the phone virtually everyday, until she was unable.

Grandma was quite an inspiration to me, because even being a Black woman growing up in the most difficult part of the 20th century, she managed to get her Bachelor’s and Master’s degree. Anytime I think that something is close to impossible, I remind myself of this fact.  She has and will always be a role model for me.

Why I’m extra thankful for friends today: Aside from the fact that they sent condolences via text, email, Facebook, twitter, phone and carrier pigeon, they also contributed to my grandmother’s 90th birthday present. The entire Turner/Richardson clan asked friends if they would be willing to send her a birthday card. Our goal was that she get 90 cards on her 90th, and guess what, she got over 90! Thank you to those who contributed and/or thought about contributing!

Why I’m extra thankful for family today: My entire family came together to support my Grandmother in her fight and to support each other as we stood by her side. Our family may be small, but I’m thankful that we are strong.

So how does this effect us? I have some advice and I’ll try my best not to get preachy. Check in on those you love. Take the time to listen to people and their stories (Sadly, I didn’t start doing this until I was older). Time is short and there is value in everyone’s story both in their telling and receiving. Celebrate with those you love while they’re alive. And finally, the best piece of advice my Grandmother ever gave me… 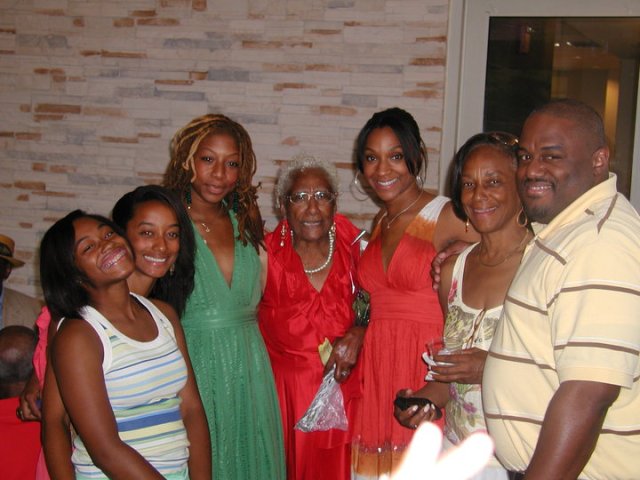 2 thoughts on “What I’m Thankful For: Bakka”